In the year 2002 three employees of the Protecno laboratories of Pisa decided to exploit their experience in the field of testing to create their own entrepreneurial project. One of the first problem was posed for the choice of the name to be given to the new society. The three immediately agreed that the name Testlab would have been too trivial and not very personal but that, with the simple loss of a consonant, they would have obtained an assonance with the name of one of the greatest inventors and scientists of the last century: Nikola Tesla. This is how the Teslab laboratory was born.
Tesla is certainly known to most people for his studies on alternating current and for his fierce rivalry with another genius of the ‘900, Thomas Edison, but perhaps what not everyone knows is that Tesla worked for years in the field of electromagnetism applied. In fact, he believed it was feasible to transmit electrical energy over long distances without using electric cables but instead taking advantage of the Earth’s property that at certain voltages and frequencies behaves like an excellent conductor of electromagnetic energy. As part of this research he produced the Tesla coils of which we see a photograph of the time 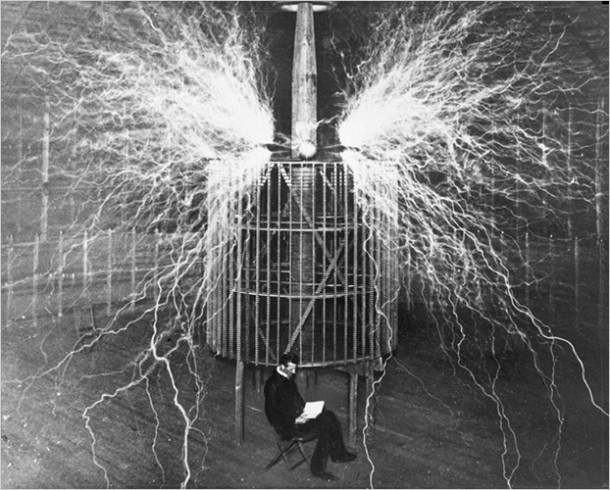